Not All Half-Gallons of Ice Cream Are Shrinking ! 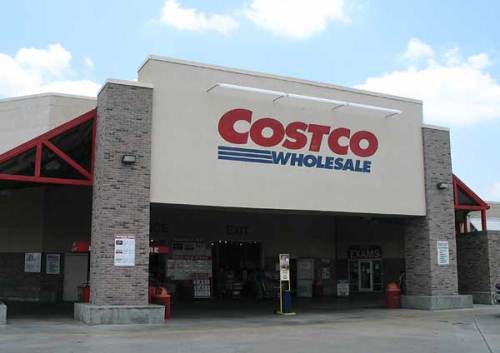 Amid the pandemic of shrinking products that is sweeping the nation, its nearly impossible to find a half-gallon container of ice cream that is still a full half-gallon, or 64 ounces.

First, manufacturers, including one of the downsizing leaders, Breyers (Unilever), shrunk their half-gallon ice cream containers to 56 ounces. More recently, almost all brands have downsized yet again, to 48 ounces (1.5 quarts). See our previous article about Breyer’s shrinking their ice cream containers. These days, the freezer at Routing By Rumor headquarters usually does without ice cream. Funny, but when we walk down the frozen food aisle in the supermarket and see the miniaturized containers of ice cream, we loose our taste for the product.

By the way, we realize that we may be jumping to conclusions by blaming the ice cream manufacturers for cheating us out of our hard-earned ice cream. It is entirely possible that this is what is actually going on.

But ice cream lovers (and lovers of value) rejoice ! If you shop at Costco Wholesale, you will still find full half-gallons of “Kirkland” ice cream. Sixty-four creamy, delicious, luxurious, decadent, fat-laden ounces. At about $4.50 per half-gallon, it’s less expensive than the anorexic-looking downsized containers of name-brand ice cream at the supermarket, which contain 25% less product. And Costco’s house brand of ice cream is available in any flavor you like, as long as it’s vanilla. That reminds us of what Henry Ford said about his Model T back in 1909. Poor Henry. He never knew the joy of shopping at Costco. 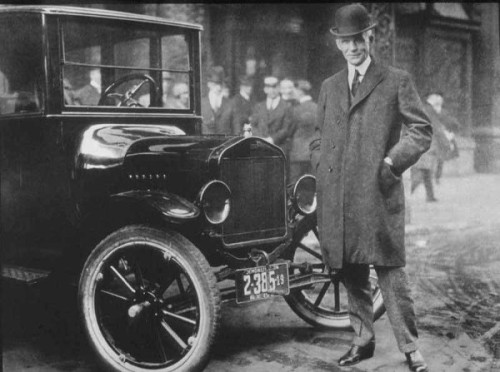 One of the tenents of shopping at Costco is that you sacrifice variety for value. You also have to buy a carton of two half-gallons at a time, but how many people are going to complain that they are forced to fill up their freezer with ice cream ?

One thing you won’t have to sacrifice is quality. Costco branded products have never disappointed us. We have found them to always be superior to the national brands in quality and/or value. Here’s a particularly stark example. Gallon containers of milk are $2.25 at Costco. Many local stores charge more for a half-gallon of milk than Costco charges for a gallon ! There are many items at Costco that are priced at less than half of what you’d pay at your local supermarket.

Lest you think that we are little more than shills for Costco, you’ll want to know that we aren’t crazy about everything at Costco. While many items at Costco might be slightly less expensive than your supermarket’s everyday prices, you’ll pay less, sometimes a lot less, at your local supermarket when it’s on sale. Meat and poultry are perfect examples of this. And when you consider that many items at Costco are sold in huge packages, it won’t be a bargain if you have to throw away half of it because you couldn’t finish it before it went bad. For instance, a 25 pound sack of flour, a gallon of mayonnaise, or a five gallon jug of vegetable oil are just a bit more than we need. An interesting thing about these institutional-sized packages is that in many cases, the price per pound/quart or whatever unit of measure is used, is not significantly different from your normal supermarket-sized packages. With some items, such as Del Monte or Libby ‘s canned vegetables, you sometimes end up paying more per can at Costco, despite having to buy a case of a dozen or so cans of peas or string beans, than you would if buying a single can at the supermarket. Same thing goes for cans of soda (“pop”, for our Southern readers). We think that in some cases (pun intended), Costco hopes you think you’re getting a bargain simply because you’re forced to buy such large quantities at a single time. Call it “warehouse club buying momentum”, if you will. When you get home and start calculating whether that two-gallon jug of mustard that will last you for the next twelve years was really a good buy, you start to have some regrets, even though it was only nine cents an ounce. The bottom line is that you have to keep your guard up at all times when shopping at a warehouse club. For us, we’re better off purchasing many items at a local supermarket.

When you factor in the obligatory ID check at the entrance to Costco, which is guarded by Cerberus himself (good doggie !), and the veritable strip search before they’ll let you leave, a trip to Costco isn’t a bowl of cherries (but it is arguably a bowl of vanilla ice cream). At least Costco doesn’t conduct a cavity search. We get enough of those when we visit our dentist.

Even if you don’t have a Costco membership, you can still do better when you shop at your local supermarket. While most supermarket half-gallon house brands of ice cream have shrunk to 56 ounces, they are still a better value than the 48 ounce containers that have become the new standard among the name brands, and the house brands are usually very good quality.

Now, if Costco can manage to keep their half-gallon containers of Kirkland ice cream a full half-gallon, why can’t all the the other brands manage to do the same ? That has to qualify as one of the great mysteries of the Universe.

One response to “Not All Half-Gallons of Ice Cream Are Shrinking !”